We are dealing in commodity plastic raw materials like Poly Ethylene, Poly Propylene and Poly Vinyl Chloride which are generally used in manufacturing of plastic articles, plastic carry bags, tarpauling, straps, pipes and valves and various other industrial applications. 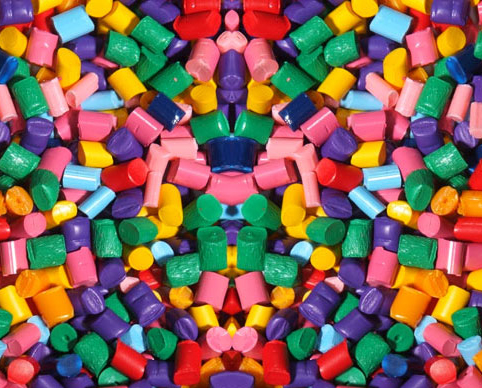 Polypropylene (PP), also known as polypropene, is thermoplastic polymer used in a wide variety of applications including packaging andlabeling, textiles (e.g., ropes, thermal underwear and carpets), stationery, plastic parts and reusable containers of various types, laboratory equipment, loudspeakers, automotive components, and polymer banknotes. An addition polymer made from the monomer propylene, it is rugged and unusually resistant to many chemical solvents, bases and acids. 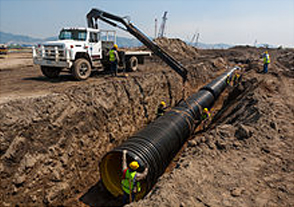 HDPE is resistant to many different solvents and has a wide variety of applications:

Low-density polyethylene (LDPE) is a thermoplastic made from the monomer ethylene. LDPE is widely used for manufacturing various containers, dispensing bottles, wash bottles, tubing, plastic bags for computer components, and various molded laboratory equipment. Its most common use is in plastic bags. Other products made from it include:

Linear low-density polyethylene (LLDPE) is a substantially linear polymer (polyethylene), with significant numbers of short branches, commonly made by copolymerization of ethylene with longer-chain olefins.

LLDPE has penetrated almost all traditional markets for polyethylene; it is used for plastic bags and sheets (where it allows using lower thickness than comparable LDPE), plastic wrap, stretch wrap, pouches, toys, covers, lids, pipes, buckets and containers, covering of cables, geomembranes, and mainly flexible tubing. In 2013, the world market for LLDPE reached a volume of $40 billion.

PVC comes in two basic forms: rigid (sometimes abbreviated as RPVC) and flexible. The rigid form of PVC is used in construction for pipe and in profile applications such as doors and windows. It is also used for bottles, other non-food packaging, and cards (such as bank or membership cards). It can be made softer and more flexible by the addition of plasticizers, the most widely used being phthalates. In this form, it is also used in plumbing, electrical cable insulation, imitation leather, signage, inflatable products, and many applications where it replaces rubber.